Sometimes the best meals are actually quite simple and just require a bit of time and patience. 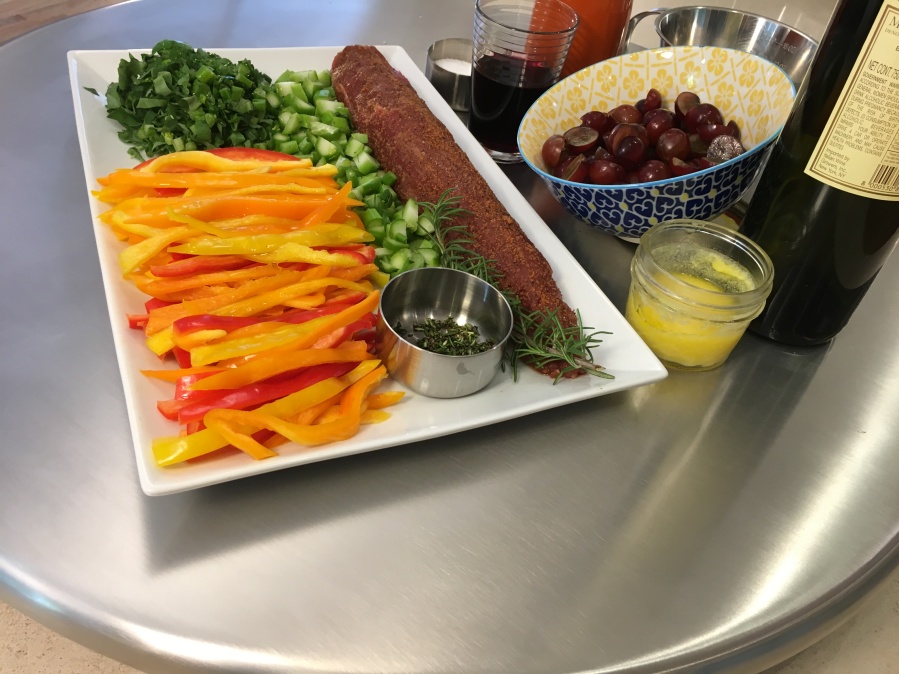 The beauty of preparing a pork tenderloin on the Cook-N-Dine Teppanyaki is that you can simply trim and season the tenderloin, toss it on the pre-heated surface and allow it to cook as you occasionally turn it. Then just add a sauce and any starch or veggies you would like to pair it with. For this recipe we prepared a beautiful pork tenderloin procured from our local butcher, Proper Sausages, and prepared a red wine and grape reduction to go with it. 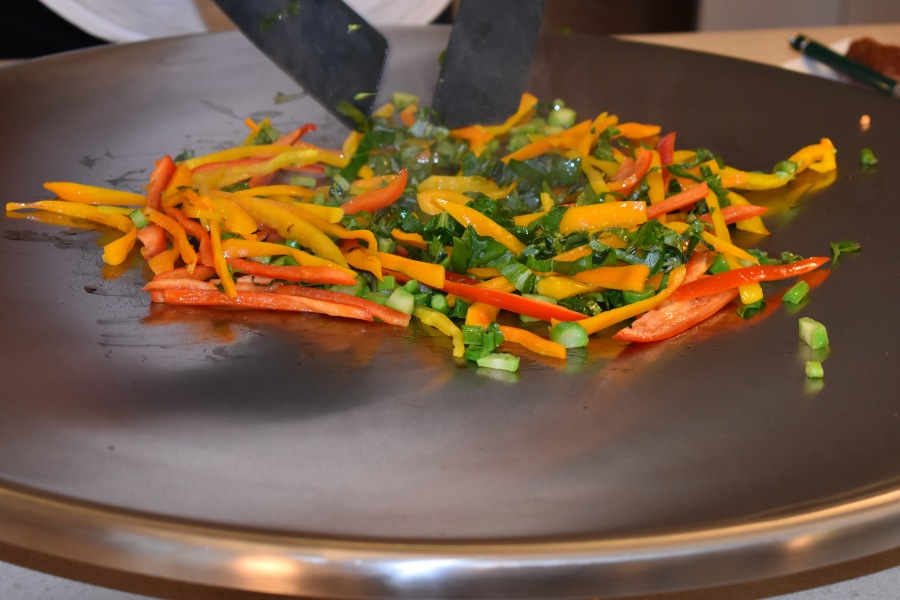 After pre-heating the teppanyaki on 5, we turned the temperature up to 7.5. *We prefer to cook our veggies first, but this can be done while the meat rests if you wish. For this dish we cooked up some fresh local peppers with chinese broccoli. We seasoned our meat with a little salt and Butt Rub, for a touch of spice, then melted some clarified butter before setting the meat on the center.

Once the tenderloin started to turn in color, we rotated it about a quarter way around to brown another side, continuing to do so until the entire outside was golden. To test for doneness, we used the finger press method.

We removed the meat when it felt medium-rare at the thickest part, since it continues to cook while resting. After transferring the tenderloin to a plate, we covered it with foil and moved it aside. To prepare the red wine glaze, we turned the temperature down to 6 then cautiously poured the red wine on the center where the meat was cooked. A wooden spatula helped us pick up some of the brown bits into the glaze. 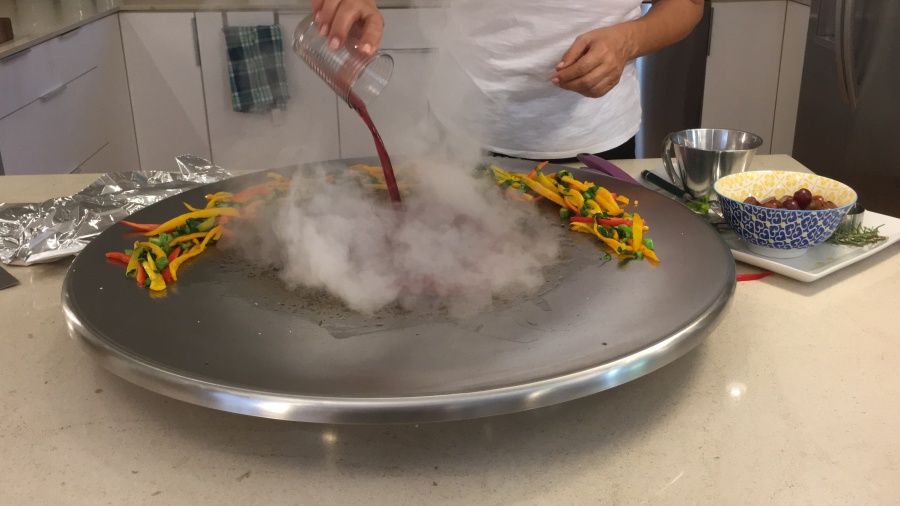 We added grapes and rosemary to the glaze for extra texture and flavor, stirring for 3-4 minutes to allow everything to cook and become syrupy. Side note: with the large cooking surface on the Cook-N-Dine Teppanyaki, liquids reduce quite quickly. We proceeded to add broth and the accumulated juices from the resting meat, cooking the glaze and stirring until reduced by about half, another 3-4 minutes.

After switching the teppanyaki off, we cut a few pieces of frozen butter and added them to the sauce. This allows the sauce to thicken a bit more and gives it a lovely, rich flavor. Once the butter melted and blended in, it was time to cut the tenderloin into thick slices and drizzle with glaze. Voila, a delicious and pretty easy gourmet meal!

*When cooking veggies before the meat, it’s best to only cook them halfway and then allow them to finish in the Cook-N-Dine warming area.