Okay, we know how unpopular “Liver and Onions” can be with many folks. Just the mention will get some people to scrunch up their face in disgust, even though they’ve never ever tried it. On the other hand, it is definitely seeing a revival as a “superfood” with people returning to a relationship between their food and their health. So, we wanted to share a recipe that not only makes liver pretty, fun, quick and easy to prepare , but also adds layers of yummy flavors that will make this dish a much easier sell. 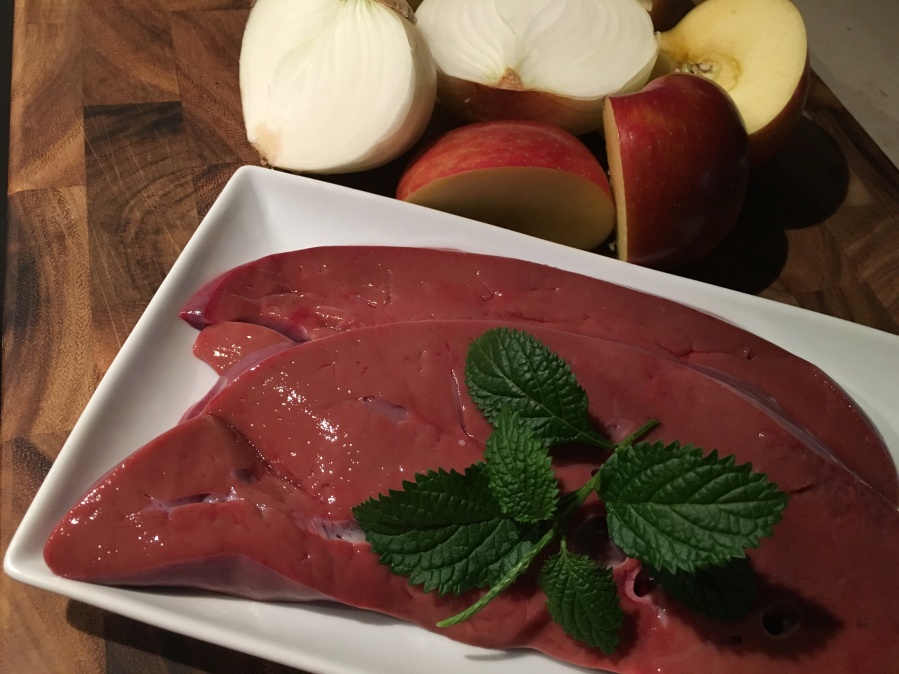 Traditionally you will find most “old school” recipes cook liver with onions and some sort of fat (bacon was very popular in the U.S.) to help cut the flavor that liver itself has. First off, we must mention that the type of liver you use will make the biggest impact on the flavor of the dish. For this recipe we used veal, which is much subtler on the palette taste. The flavor of the liver is very much affected by the diet and quality of the animal’s life, so leaning towards grass-fed/grass-finished and organic will greatly improve the natural taste of the liver. We decided to add apples, as a healthier alternative to bacon which offers a significant “flavor profile boost”.

So, first things first, cook up your onions and apples. Once the Teppanyaki has preheated to 5, you’ll turn it up to about 7.5 (slight variance depending on model); then sauté the apples and onions in a bit of clarified butter or high-temperature cooking oil. As they start to soften and lightly brown, move them over to the warming area to make room for the liver. One of the reasons to cook these first is that you’ll get some of the juices and flavor out, which will infuse the meat that gets cooked on the hot center immediately after. Another reason is so that the meat itself does not overcook. 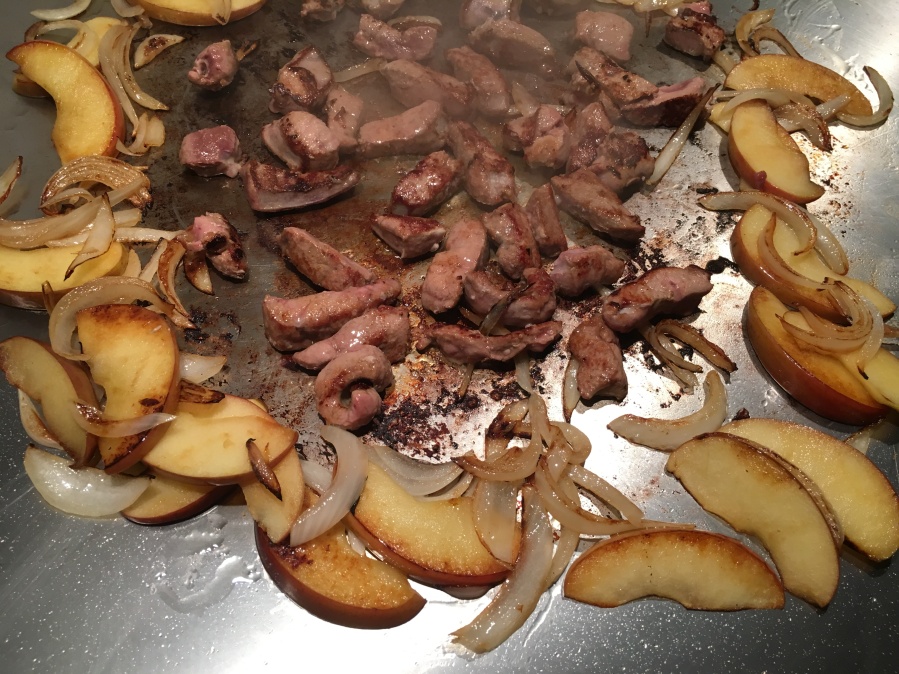 The second secret to making great liver and onions is keeping the meat as tender as possible. Liver is the kind of meat that is best cooked to a light brown on the sides, like a medium-rare steak. Now that the onions and apples have been moved to the warming area, you’ll want to add only half the meat to the hot, oiled cooking center. Keeping enough room in between the pieces of meat allows for browning, rather than steaming. While the liver is cooking at the center, add salt and pepper to taste. Once the meat no longer sticks to the surface, turn it over to brown the other side. Move browned meat to the warming area, making sure that the liver is barely cooked as it will continue to cook while the other half of the meat browns and you make the sauce.

Now that all the liver is browned, it’s time to get saucy! Deglaze the cooking center with a bit of broth and balsamic or apple cider vinegar (be careful to not inhale the steam from the vinegar, as it is potent) then stir quickly to combine while picking up the brown bits from cooking the meat, onions and apples. Stir the sauce until smooth, then bring in the meat, apples and onions to coat. If the sauce needs a bit of thickening, you can add a touch of flour before incorporating the meat, apples and onions.

You can use the printable recipe for measurements and all the details on cooking this dish.